The 2016 EDF conference was held to discuss and debate the issues and opportunities surrounding data in Europe, aiming to scale up the european data economy. The conference, which took place in the city of Eindhoven, Netherlands, occurred between June 29th and June 30th 2016 comprising of a large wealth of talks from world-renowned speakers in the topics of data, data science, data 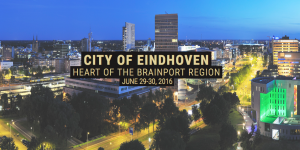 education and the impact of data on the european economy. The conference also focused on ways in which data could be used for innovation practices, and how research challenges can be tackled with the use of extensive, big and open datasets.

In a session focused primarily on education and skills in the data economy, Professor Elena Simperl, lead partner in the EDSA and ODINE projects, presented a talk on the requirement for a core skills and competencies requirements for data scientists across the EU, and how the EDSA project is targeted at providing this overarching curriculum and publishing courses that are aligned with this set of data science principles and values. Professor Simperl notes that the EDSA project presents 15 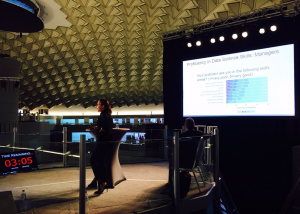 Further information about the conference can be found at http://2016.data-forum.eu/.