Christian is the CEO of https://fanlens.io, a young Austrian startup developing a novel approach to combine artificial 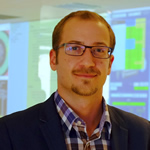 intelligence with social media management. Christian is a lifelong hacker, entrepreneur and researcher, and has over 5 years of professional experience mainly in the fields of data science and big data. This is his 2nd startup, he was the former CTO of visalyze where he successfully led a team through multiple rounds of public fundings and research grants. Afterwards he helped to restructure multiple IT companies and briefly returned to research before founding Fanlens. Christian holds an MSc in Computer Science (with distinction) from the Johannes Kepler Universität Linz and a BSc in Biomedical Informatics from the Private Universität für Gesundheitswissenschaften, Medizinische Informatik und Technik.

Bulgaria – Dr. Mariana Damova is the CEO of Mozaika Ltd in Bulgaria, which is an SME in operation since May 2013 providing research and solutions in the field of data science, unstructured data processing, natural interfaces (human-computer interaction), knowledge management. She spearheads the R&D and professional services in semantic web, unstructured data processing and integration, ontology engineering, data science, natural interfaces, and data analytics. She was instrumental in the successful winning and knowledge modelling of large data integration and management projects such as the Semantic Knowledge Base for The National Archive of the United Kingdom and Research Space for the British Museum, as well as European FP7 projects such as Europeana Creative and Multisensor. Dr Damova holds a PhD from the University of Stuttgart and teaches semantic technologies at the New Bulgarian University in Sofia and in Sofia State University.

France – Dr. Joseph Dureau is a data scientist at Snips, a French startup working on artificial intelligence with privacy. 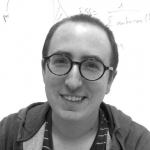 Dr Dureau co-founded Standard Analytics, a startup that is bringing the semantic web revolution to science. He has worked on the NASA-Jet Propulsion Laboratory, as a machine learning researcher at the French Commission for Atomic Energy, an epidemiologist at Ecole Normale Supérieure, and a consultant for the Bill and Melinda Gates Foundation. He holds a PhD in Statistics from the London School of Economics, and a MSc in mathematical engineering from Centrale Paris.

Malta – Mr. Martin Lochman is an information specialist focusing on Open Access and institutional repositories. He published several articles on digital libraries and OAI service providers in Ikaros – the Electronic Journal on Information Society, where he currently holds the position of 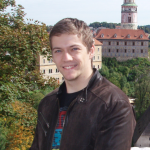 Hugo is the founder and CEO of BIN, where he runs the researchers team and incorporates business strategy and Data Science, as a competitive advantage, into the future. Hugo has more than 15 years of 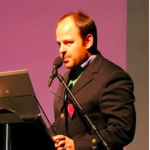 experience in data related fields. Was member of the Advisory Board for the Portuguese e-Government Interoperability Framework Specification. Contributed to the Authorized Portuguese translation of “Web Content Accessibility Guidelines 2.0 (WCAG-W3C). Implemented the Dublin Core Metadata in the Portuguese Communications Regulatory Authority based on RDF, targeting Semantic Web Interoperability. Also has developed integrated platforms of distance learning for Portuguese Government Institute of Employment (IEFP) and the Portuguese Business Association (AEP).